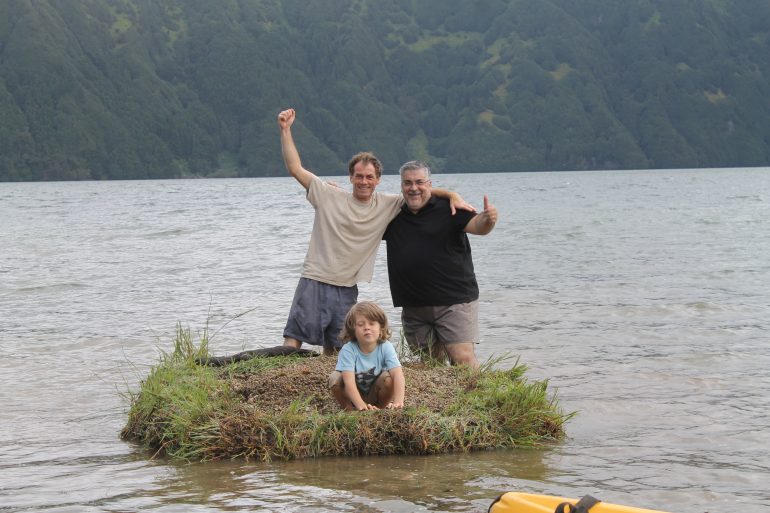 My first American wader came by total suprise on 30th of July running into me on the slipway from Mosteiros when I returned from a Barracuda catch in my Kayak.It thurned out to be my second Least Sandpiper. 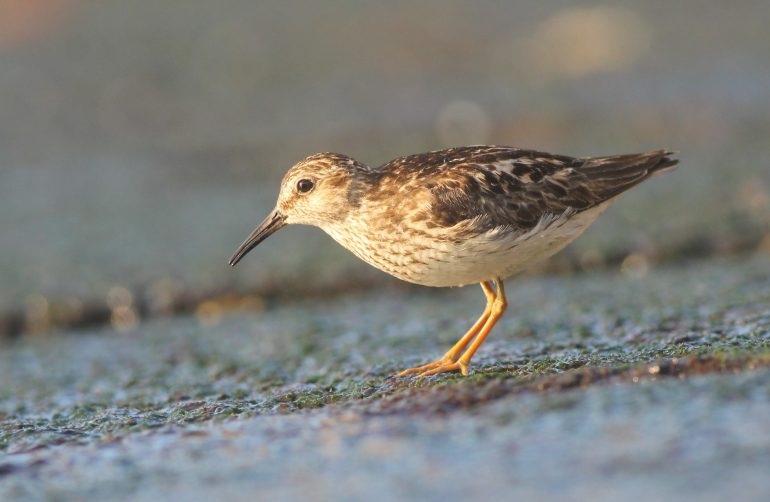 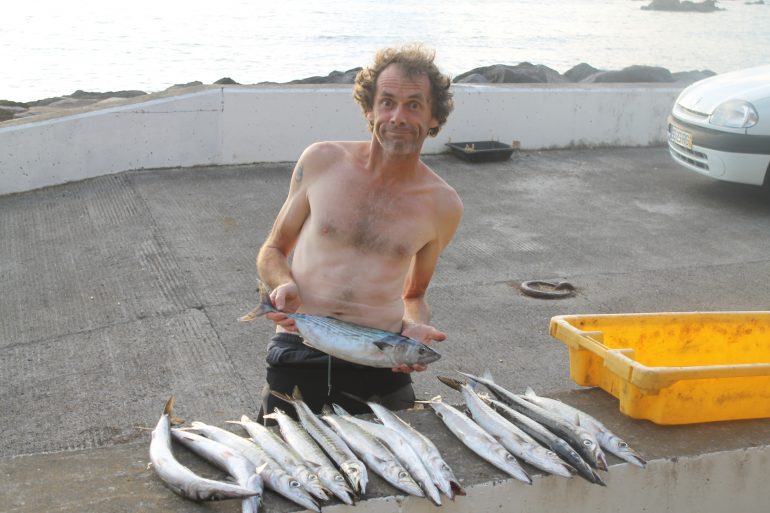 One day later after a tour I checked out the cold beer place up of the nature swimming pools of Mosteiros and a small wader flied over me and my local fisherman friends.
Took the beer with me and droved to the harbor where I could take a distance record shot from a Semipalmated Sandpiper. 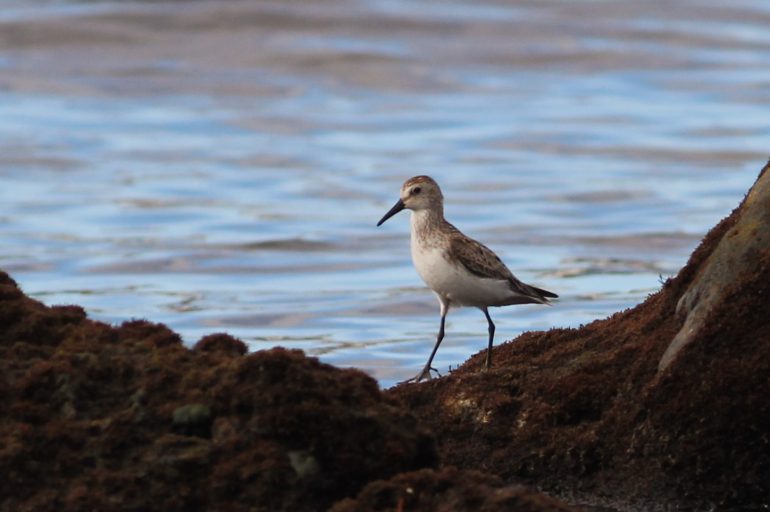 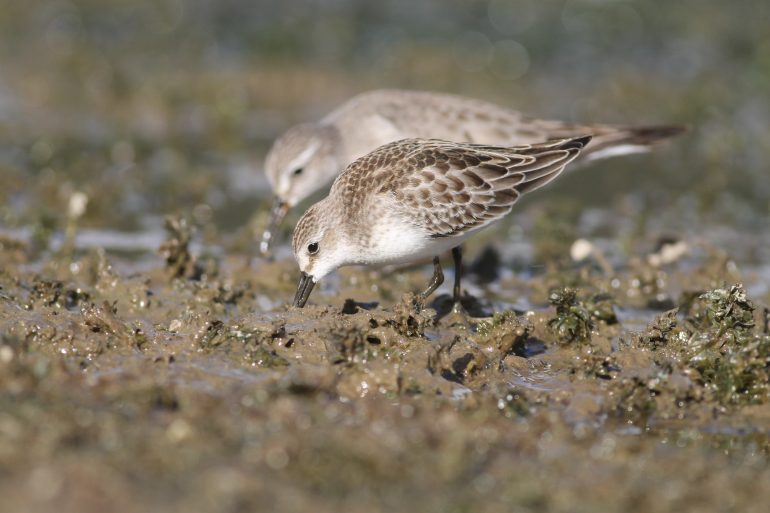 A week later on the 8th of August found this Lesser Yellowleggs and on the same spot anther two and a lapwing next day.Verry promising so early in the year but there was more to come. 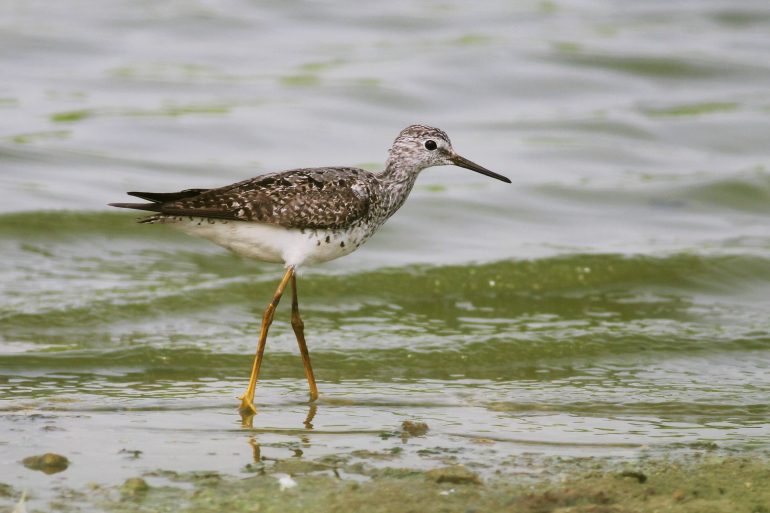 Lapwings and other European waders like Common Sandpiper and even better, a Curlew Sandpiper.
Found by a Dutch Birder guest of mine on big distance.This Curlew was a great find. Not for my European guests for me and a Canadian lady in te group.
The Common Sand was to nervous to stay for the picture. 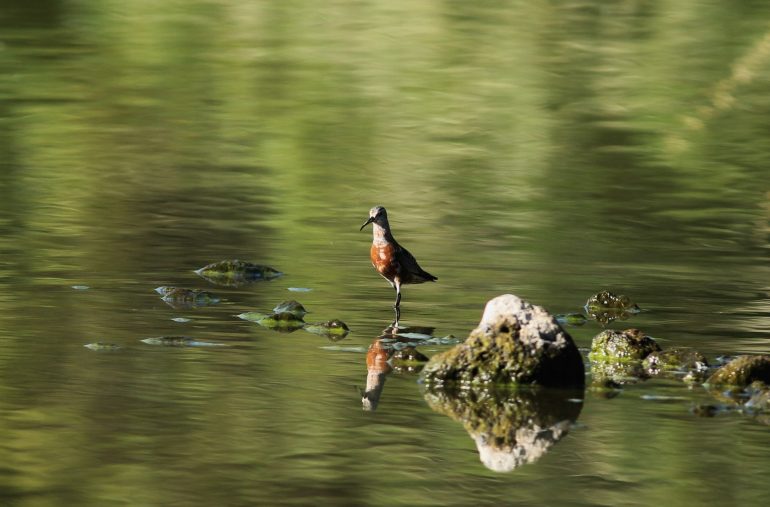 What I did not know on that time was that Hurricane Gaston start thinking about coming our way. So time for a little habitat building near the twin lakes from Sete Cidades. 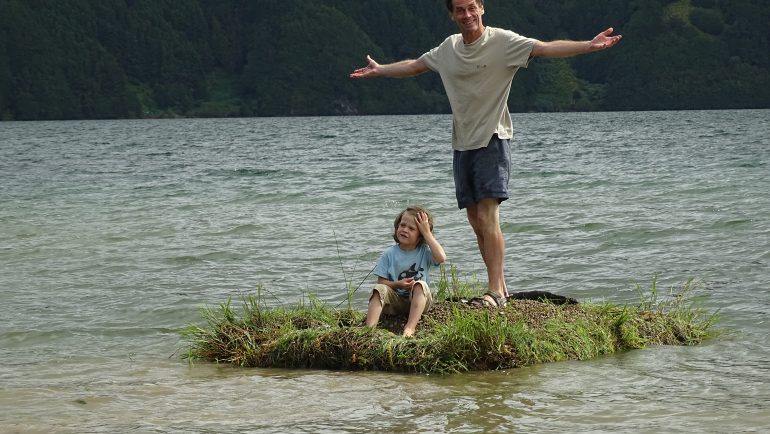 Since 2007 I have been making noise about the need of small recovered wildlife arears in the Azores.Little ponds,flowering fields etc.
The encrasing number of visitors the last two years has turned the two main lakes from the Island of Sao Miguel in “golfcamplookinglikekindofplaces”. No places to hide our nest and leak of flowers and long vegetation near the shore where Dragonflies can roost far away from fish and frogs.As there was a large flooded arier last winter so many intresting vagrants have been on this place and as I managed some years ago to avoid cutting little spots of vegetation this year even Moorhens could breed sucsesfuly in this most crowded spot from the twin lakes.But as I told. A huricane was on his way and my already intresting wader list early in te season. Manage first a single Semipalmated Sand on Sete Cidades when I was out with my wonderfull family end next day on a Tour two White Rumped Sandpipers and a Pectoral in the East.
Next day the Semipalmated Sand in Sete Cidades had company from another a White rumped Sand.

Autum is near. I can smell you 🙂 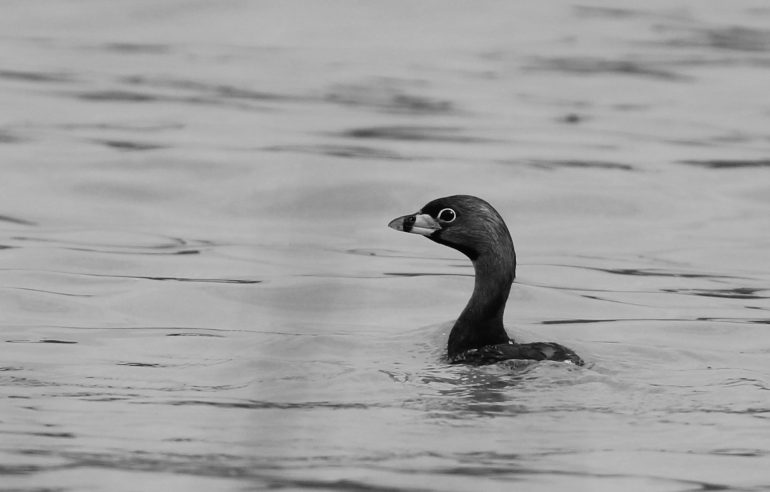 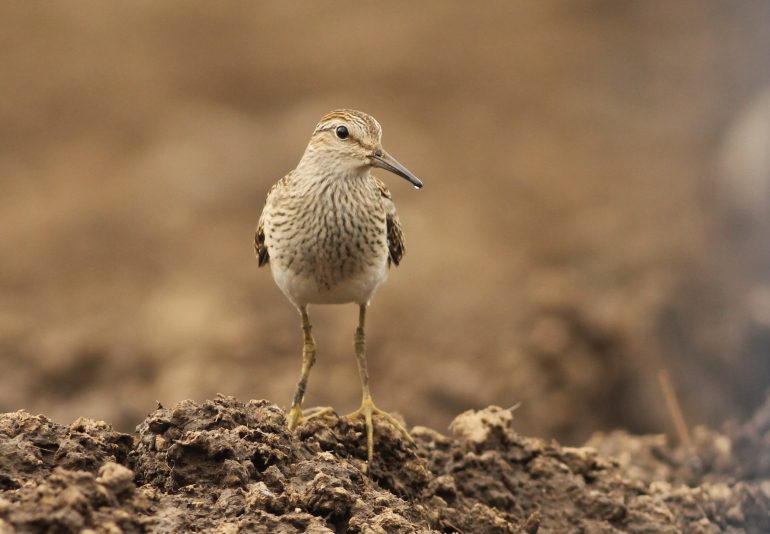 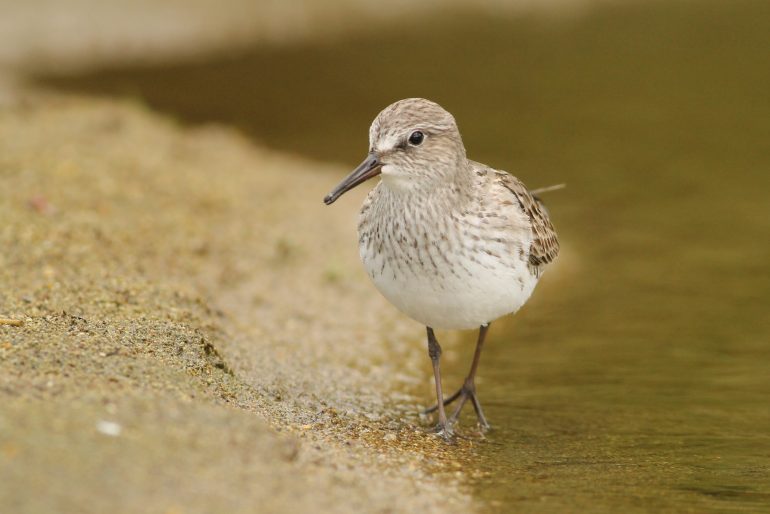 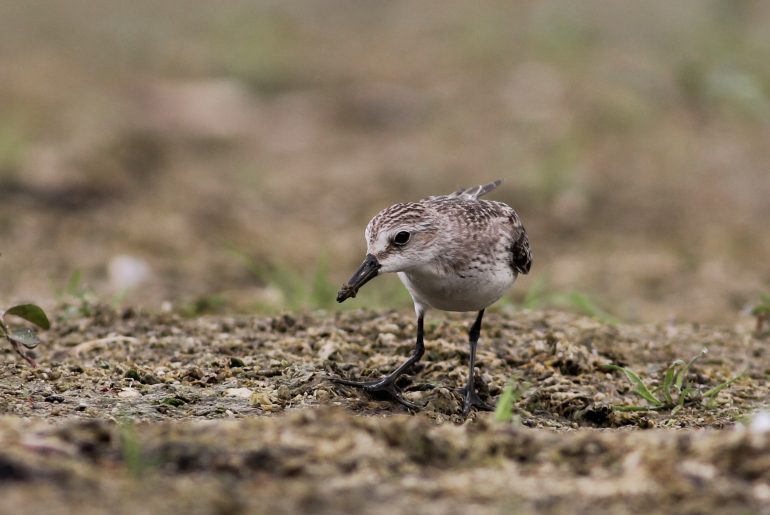 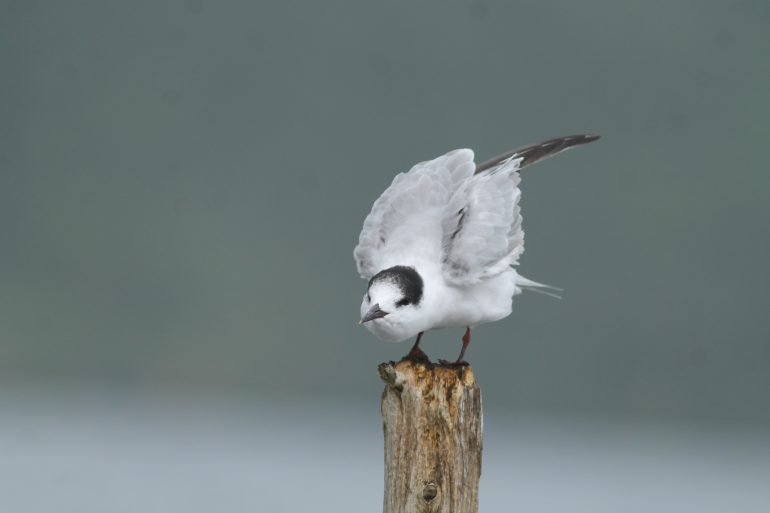 I,m verry pleased with the colaboration from the local Azorean Authorities to alow me building this little nesting raft for Common Terns and treath the whole arier with more care.(what means mainly doing nothing 😉 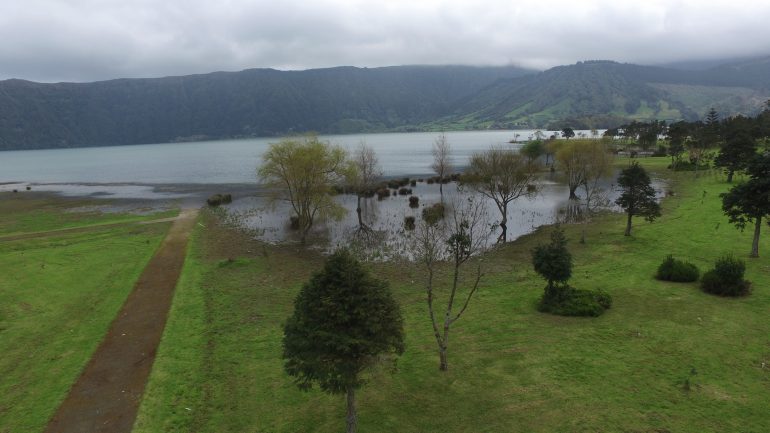 Whit the help of my son Fausto and friends Jorge and Guilda we manage to put it al together and two days later Terns decided to ocupie the Island before leaving to Africa. Hope to see them back next spring.
In the meanwhile our Island can be a safe harbour for stressed vagrants coming Autum and Winter. 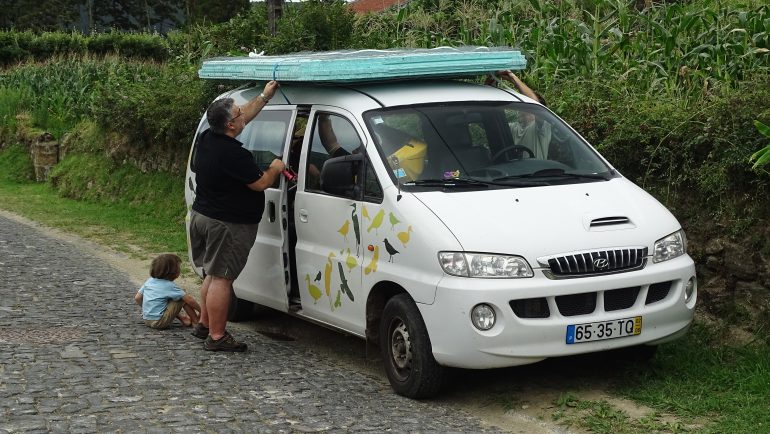 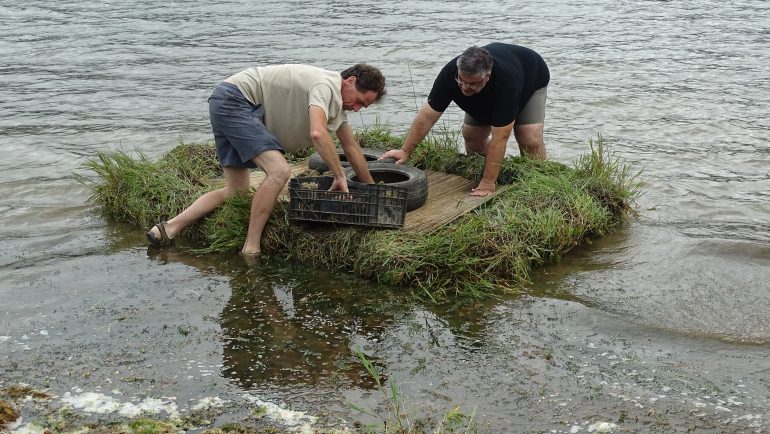 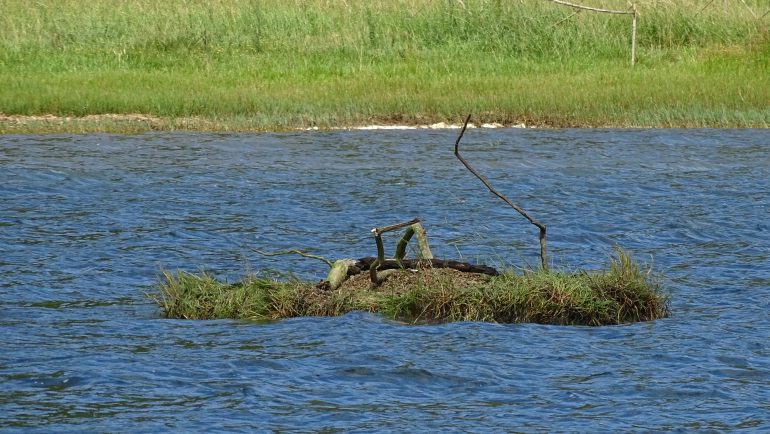